This year marks the 90th anniversary of SCCM ALP. Indeed, in 1931, the company SCCM was founded in the city centre of Chambéry. At that time it was a forge and locksmith’s shop, the company was located at 34 Faubourg Maché. At first SCCM stood for “Société Chambérienne de Construction Métallique” for many years before becoming “Société Chambérienne de Chaudronnerie Métallurgique” in 1965.

That same year, it also moved to Cognin, where it is still located today due to its growing activity.

ALP Process came a little later, in 1976, and was still called ALP Ventilation at the time. The two companies will be reunited in 2016 when a new director takes over the companies.

Finally, in 2020, SCCM and ALP Process will officially merge to form SCCM ALP, which is celebrating its 90th anniversary this year. 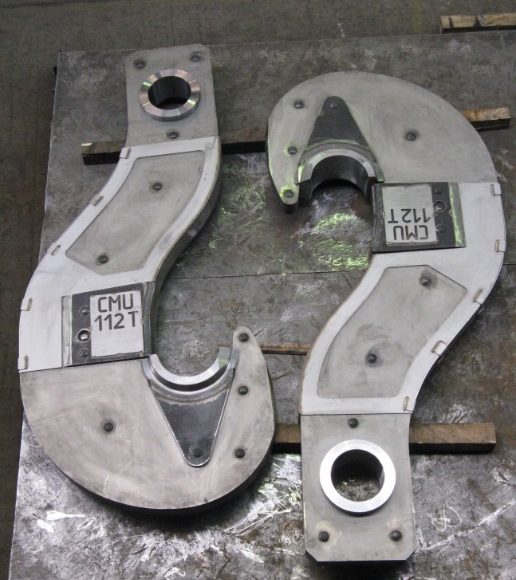 19.05.2021
Lamellar hooks: the catching elements of steel mills
Lamellar hooks are important in the field of ladle transport. The optimisation of their weight allows for an increase in the transported payload, and thus for productivity gains.
Read more