Flashback n°2: A company that stands through the ages

Our current building was designed and erected in 1959 by Mr GUI Jacques when the Société Chambérienne de Constructions Mécaniques (SCCM) left the centre of Chambéry in the suburbs near Cognin. 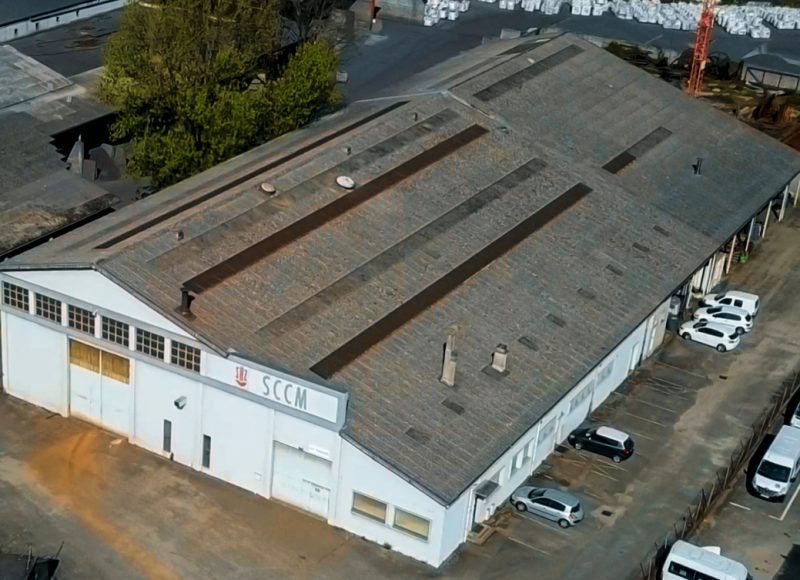 Although it has survived the decades, the structure remains today perfectly adapted to the industrial boiler making activity. An extension was built in 1977 to allow the business to develop and grow.
Built to last and to resist by “our elders”, the plans present some construction secrets allowing them to be perfectly fitted out for our field of expertise.

These require lifting and handling heavy loads by means of overhead cranes, but also to resist the natural forces exerted by the environment on a building with a significant length (and therefore wind resistance).

We can see the SCCM ALP structure on these models. 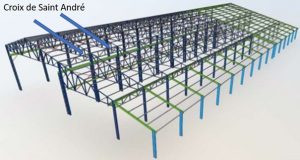 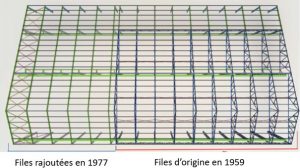 Here are 2 examples of the resistance that SCCM ALP has at its disposal :

The stress on a building is not only vertical, it is also horizontal, particularly due to the wind load.
As previously mentioned, the use of crosses of Saint Andrew (or cross bracing) increases the resistance to this stress perpendicular to the axis of the building.

This X-shaped structure makes it possible to stiffen a metal structure by increasing its resistance to a force perpendicular to the building, such as the wind (perhaps hence the name bracing).
They are present in the central bays of our building.

The HEA profiles (wider than the HEB), double welded together by plates.
The fact that these profiles are doubled and welded together allows the building to retain the vertical load present on the overhead cranes.

A silent craftsman with an industrial history spanning almost 90 years this year (1931-2021), built on secular construction principles, this building bears the history of SCCM ALP while remaining perfectly adapted to modern requirements.

04.04.2022
Our new partner : SOFIS Global
Since the beginning of April, SCCM ALP is pleased to work with the Dutch company SOFIS, becoming their French distributor.
Read more