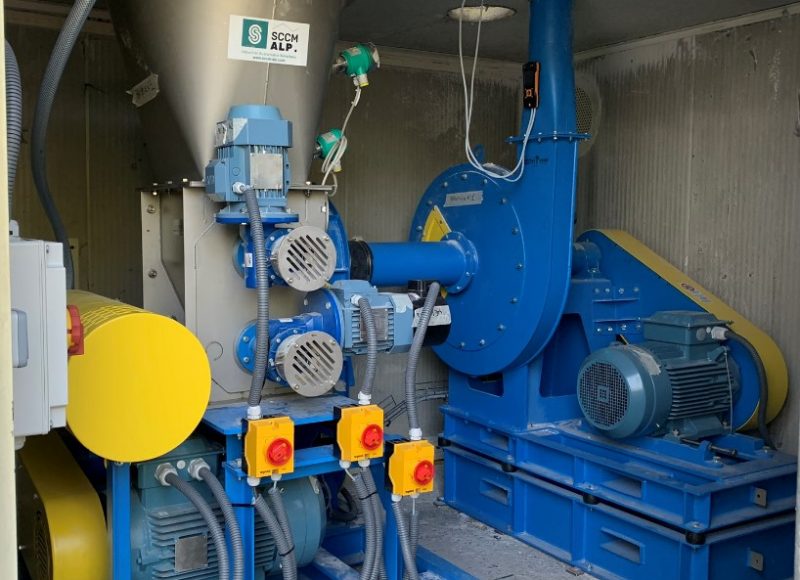 Dalkia Waste Energy, a subsidiary of the EDF Group which specialises in environmental process engineering, contacted us in order to be able to respond to the following problem: Improvements in the performance of smoke treatment at the Villefranche-sur-Saône waste incinerator.

Problem
The farm’s mills had deficiencies in terms of granulometry at the grinding outlet as well as numerous sodium bicarbonate grinding losses, leading to over-consumption of bicarbonate for the reduction of pollutants (SO2 and HCL) in the fumes.

Proposed solutions
In order to optimise the installation, performance studies were carried out with Dalkia on the crusher. The variables measured were those of the quantities of shredded material produced in relation to the quantity of sodium bicarbonate used. Finally, granulometry tests were carried out by our Design Office technicians to determine the extent of losses in grinding the sodium bicarbonate. The part was conceptualized using our design software “SolidWorks”.

Based on the observation of the lack of performance of the grinder and the results of the tests, we recommended the replacement with a new grinder whose capacities were adjusted to be able to meet Dalkia Waste Energy’s performance requirements in an optimal way.

The main characteristics of the new shredder compared to the old one are :

The immediate improvements were seen when the new granulometry test of the mill was carried out. These tests gave satisfactory results:

SCCM ALP positions itself as a single provider by providing a turnkey solution including goods and services such as :

Project management and coordination of the various trades is led by our experienced project manager.

04.04.2022
Our new partner : SOFIS Global
Since the beginning of April, SCCM ALP is pleased to work with the Dutch company SOFIS, becoming their French distributor.
Read more